What Coffee Machine Does Starbucks Use?

Mastrena is the name of the machine that is used at Starbucks. A Swiss corporation by the name of Thermoplan AG is responsible for developing the brand Starbucks. 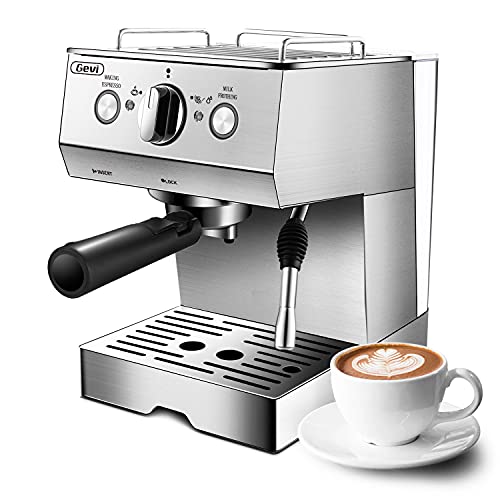 The method of producing espresso at Starbucks is made as simple and efficient as is humanly conceivable by the use of super-automatic machines that have built-in grinders and computerized menu systems.

What Coffee Machine Does Starbucks Use?

Creating a wonderful cup of coffee involves a number of stages, the first of which is selecting high-quality beans, followed by the roasting process, and finally, the various techniques of brewing.

The flavor of the coffee can also be affected by the equipment that is utilized throughout the brewing process.

Because Starbucks is committed to providing high-quality and premium coffees, you may be wondering about the equipment that is utilized to consistently produce delicious cups of coffee at Starbucks offices.

After doing some study on “What Coffee Machine Does Starbucks Use,” I came up with the following findings:

What Machine Does Starbucks Use In 2022?

As of the year 2022, Starbucks only employs machines of the highest possible quality to produce its several varieties of coffee.

For making espresso, it utilizes a coffee maker called the Mastrena, which is made by the Swiss company Thermoplan just for Starbucks and sold only there.

In 1974, Domenic Steiner established the firm Thermoplan AG, whose primary offerings at the time were super-automatic espresso machines. In addition, with 125 employees, the firm qualified as a “medium size.”

It was not until 1999 that the firm had its first significant success when Starbucks secured a patent for the exclusive right to use Starbucks espresso machines in its stores across the world.

In the same year that McDonald’s and Ikea began utilizing Thermoplan equipment, the company was honored by the Central Swiss Chamber of Commerce.

Unfortunately, the general public cannot acquire the two models of Mastrenna because of Starbucks’ exclusive rights to utilize them.

Specifically, it had two hoppers for beans and could brew either a single, double, or half shot of espresso. An innovative steam wand that has a built-in thermometer and turns off by itself when the water reaches a specified temperature.

What Coffee Makers Does Starbucks Use?

Both the Clover Coffee Machine and the Mastrena Automatic Espresso Machine are used at Starbucks.

Accordingly, an espresso machine and a single-cup brewer are the two highest-quality options available. The Mastrena Espresso commercial coffee machine was developed by Swiss engineers specifically for Starbucks.

In addition, the Clover coffee maker (created by Stanford University engineers) is used by Starbucks to prepare single cups of coffee.

More so, both coffee machines are simple to use thanks to their digital interfaces. Not only are the machines convenient for maintaining quality standards, but they consistently create coffee with a pleasant flavor.

Why Does Starbucks Use The Mastrena Espresso Machine?

Fully automated and simple to operate, the Mastrena Espresso machine is great for baristas. This makes it easy to make coffee from beginning to end, from grinding the beans to pouring the finished beverage.

The Mastrena Espresso machine’s digital controls and adjustable grind settings make it simple to use and maintain. Furthermore, the baristas are able to manage every step of the coffee-making process thanks to the computerized controls.

The Mastrena not only helps baristas make great coffee in a hurry, but it also allows them to multitask during peak customer service times.

For the baristas to keep up with demand, the automated controls even have a memory to queue up beverages.

The large capacity of the hopper reduces the frequency with which it must be refilled, allowing the baristas to efficiently serve more customers.

Furthermore, the Mastrena design was adjusted to meet Starbucks’ approach to pleasant customer service, which included lowering the size so that baristas could look over and interact with customers.

What Coffee Grinder Does Starbucks Use?

In order to make espresso, the beans must first be ground, but the Mastrena Espresso machine handles all of that for you.

This eliminates the need for a dedicated espresso grinder at Starbucks, allowing the baristas to make better use of the available counter space.

Where Can You Buy The Mastrena Espresso Machine?

Mastrena is made by Thermoplan, a business that works solely with Starbucks. It follows that the Mastrena Espresso machine is not for sale to the general public.

For the record, Thermoplan does not offer the retired Mastrena Espresso machines for sale either.

What Single Brew Machine Does Starbucks Use?

However, the decision was taken by ex-CEO Howard Schultz because he found it was the greatest cup of coffee he had ever had.

Not only has Starbucks begun employing Clover Coffee Machines, but the business that manufactures them has been acquired by Starbucks.

Furthermore, the Clover coffee maker functions similarly to a French press, producing single cups of coffee one at a time.

Therefore, baristas may maximize flavor by bringing out every nuance in the coffee beans by tailoring brewing conditions for each cup.

Where Can You Buy A Clover Coffee Maker?

Because they are produced just for Starbucks, unfortunately, Clover Coffee Makers are not available for purchase anywhere else. The reason for this is that the machines are not offered for sale to the general public.

How Much Does the Mastrena Espresso Machine Cost?

The Mastrenna espresso machine has a price tag that ranges from $17,750 to $28,000; nevertheless, the general public does not have access to this particular equipment. With regard to this device, Starbucks is the only owner of any and all rights.

Finally, you get it! A local business in Switzerland known as Thermoplan AG has formed an exclusive partnership with Starbucks to supply its super-automatic espresso equipment.

If you want to buy one of the machines, you’re out of luck, unless you want to go for it on the second-hand market, in which case you could locate one, but is it really worth the effort?

Because these coffee machines feature computerized controls, it is simple to use them and to exert complete command over the entire process of creating coffee at each and every stage. What Makes Cuban Coffee Different?  When you talk about the difference between Cuban coffee and regular coffee, it is two times stronger than them. There are visible variations in preparation techniques, manufacturers, and whether the espresso was grown in Cuba or the United States. Also, other coffees lack richness, flavor, and creamy consistency when compared… How to use an Espresso Distribution Tool?  You will have to keep hold of the gear by the base collars. You can release the distributor by providing the bottom collar with a very slight variation in the anticlockwise position. Then you will grab the collars of the gear firmly in your hand. You can change… When to Take MOKA Pot off the Heat? Moka Pots should be taken off the heating element as soon as a bubbling or spouting sound is heard. This sound is an indication that the espresso beans are being driven through heat. It will cause them to overcook and give your espresso a scorched and sharp… To make a regular brew, two sugars and cream are added to a cup of coffee, and steam injected into ground coffee beans produces a potent black beverage known as espresso coffee. In General No, Espresso makers are made differently to employ pressure and finer ground coffee. Also, this fact doesn’t necessarily imply that regular…